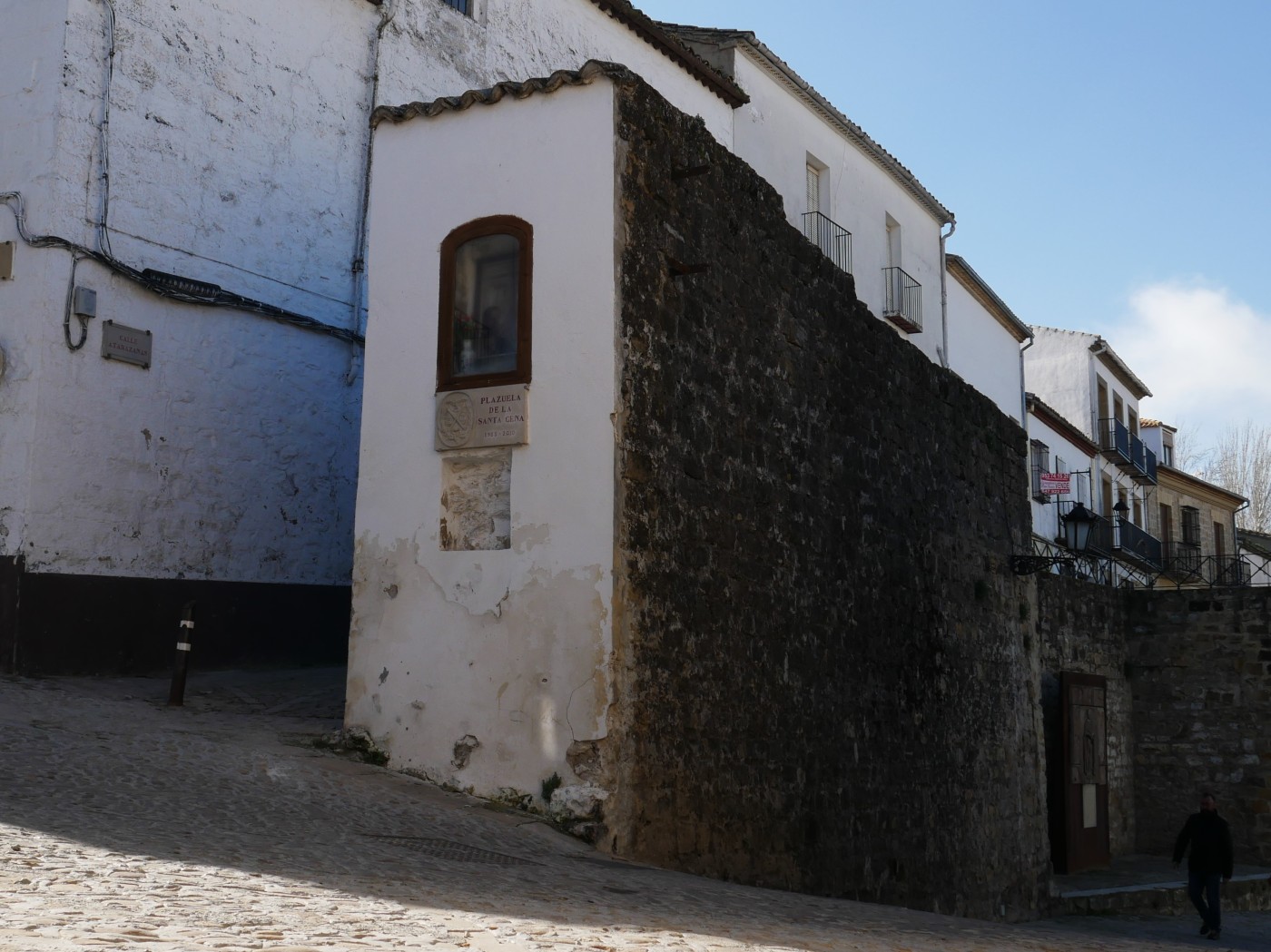 This post continues the series entitled “Reflexiones Sobre…” (“Reflections On…”), which are published occasionally to explore a single theme or idea. Rather than move through an individual interview sequentially, a breadth of opinions and perspectives are presented together.

The following reflections address various stereotypes and misconceptions surrounding flamenco. Although its roots are in southern Spain, flamenco is now an international art form. It enjoys increasing success and popularity across the globe. Nonetheless, many destructive stereotypes cloud the art and those it involves. Flamencos are often seen as crude, ignorant, and unreliable. They’re assumed to be simple-minded, undisciplined, and immoral. Although these assumptions are steadily diminishing, they still persist. This affects artists’ ability to make a living and can prevent some from engaging with flamenco altogether.

Many are hard at work breaking these stereotypes apart. Flamenco education is getting more formalized and more rigorous. The top artists are constantly raising the level of technique, composition, performance, and choreography. Today, only the most disciplined and studious artists reach flamenco’s upper levels. Although these prejudices and misunderstandings will not disappear quickly, there is good reason to be optimistic about where flamenco is heading.

There have been many stereotypes surrounding flamenco for a long time. If you could kill off one of these stereotypes, which would it be? Which is the most destructive?

In the past, people who did flamenco were degraded and referred to as a maricón (gay) if they were male, or a tortillera (whore) if they were female. I don’t even know where to start with all that. Those were some of the worst things about that time period. Thank God that has changed and is still changing. Today, we have aeronautical engineers in the world of flamenco. We have people with careers in philosophy. There are architects and people with a deep cultural capacity reaching the world of flamenco. In the past, this wasn’t possible. This country was run by a dictatorship. We can’t ever forget that. Nobody had the opportunity to leave and study. Not at all, give me a break! People just did what they could. That is changing and evolving now. Today, flamenco is full of sophisticated people with strong cultural backgrounds and incredible academic educations.

The most destructive? It’s the one from the 70’s, that all the women who danced where whores. That’s the worst. Parents wouldn’t let their daughters dance flamenco because it was viewed as something ugly. Flamenco had always been a late-night thing, men and women, drinking, drugs. During the nineties all that started to change. It has expanded throughout the world and is seen differently now. Flamenco is an art.

That flamenco is often associated with informal people, people who aren’t serious about anything, but I think little-by-little that is disappearing. We need to arrive at a point where flamenco is respected on the level of jazz or classical music. We artists still have a lot of work to do to get there.

That [flamencos] are ignorant and don’t know anything, and the lack of respect for the music that comes from that. Adoration for an ancestral, visceral music like this, [people] don’t have it. They don’t place the importance on it that it deserves.

As a woman, I would get rid of the sexualization and objectification of the [female] body. That would be the first thing. The dancer doesn’t need to look pretty. There was a phrase I came up with years ago for a book by Michelle Heffner Hayes called Flamenco: Conflicting Histories of the Dance. The phrase was, “Somos las antiguapas,” we’re anti-pretty women. I don’t want to be pretty. I don’t want to look pretty, and I don’t want to pretend that I’m pretty. I don’t want to move pretty or get a result of my pretty movement or my pretty look. I don’t want that. I want to cut the relation from what I do, or how I look or how I move, and it having to be comfortable, having to look comfortable. That’s so ingrained in the minds and bodies of us dancers. When you start choreographing, you have to work so hard not to move pretty, not to do things that look pretty or get a pretty result, like a remate or a finale. I think that’s the most limiting thing for female dancers right now. Well, I don’t know about right now, but during my career it was horrible, and it is horrible. I keep fighting. I don’t have a mirror in my studio anymore. I cut my hair. Now I’m performing without makeup. I perform like this (gestures to herself). I fight with all the tools that I have, but still, flamenco audiences want to get something visually. They want to understand and get something they can relate to.

The first thing that comes to mind is the fake theatricality. That worries me. I don’t know if it’s destructive. Actually, it’s the opposite; it attracts a lot people. It projects a folkloric image of flamenco that’s not appropriate. At the same time, it’s precisely that image that attracts so many tourists. I’ve noticed in dance classes and masterclasses that there’s a disproportionate number of women who sign up – because it’s mostly women in the dance classes – that are emotionally unstable. That’s always caught my attention. They identify with flamenco because of [the emotion], but then they can’t take it afterwards because flamenco is difficult. It’s not just emotion; there’s a lot of work behind it. This doesn’t tend to happen as much with the guitar, but the dancing attracts some messed up people.

It embarrasses me when I show up at a theater outside of Spain and people look at me and say, “oh, the flamenquitos (little flamencos) are here.” What the hell are you talking about, the flamenquitos?! But yeah it’s true, the flamenquitos arrived and they went and made a mess in the dressing rooms and left everything looking like shit. They went and partied and smoked in the hotel rooms and messed them up. Man, are we animals?! What is this? Things shouldn’t be this way, but it comes with the intellectual and cultural level of many flamenco people. They’re savages that were raised in a tiny neighborhood that they’ve never left. Now they have a little talent and someone called them to work and put them out there [in the world]. They’re now face-to-face with a new society which is different than theirs. Things aren’t the same, man. It’s the standard of living too. For example, you’re starving and come from a neighborhood where all you do is drink beer and eat rice every day. Now you’ve arrived artistically and they call you to work. All of a sudden you’re demanding they place the best jumbo prawns in front you at a five-star hotel along with some caviar. Who the hell do you think you are?! I can’t stand this imbalance, honestly. They’ve got complexes, they come from some shit hole and all of a sudden they think they’re God. You’re being given the opportunity to get out of that shit hole and to make a respectable, normal living, but not to become God. It’s so you can live normally, pay rent, stay at a cool hotel, and eat decently. Every time I travel, I flip out. There are [flamenco] people who, in their day-to-day lives, eat at home or eat the daily special at the bar. Maybe they spend 20 or 30 Euros on a meal, and now they’re on tour and want the swankiest restaurants imaginable. What sort of message are you sending when you behave like this? It infuriates me because it affects me directly, especially at the theaters. I’m embarrassed when I arrive and am immediately treated like some ignorant, uneducated person. The problem is that this stereotype of the flamenco artist exists, but I’m not like that. I also have to do my part to earn the respect of the people around me and of the theaters. Ultimately, there are all types of people everywhere you go.

If you would like to support Palabras Flamencas, please click the Donate button below or click here to purchase the author’s album, Punto Lejano. Thank you.